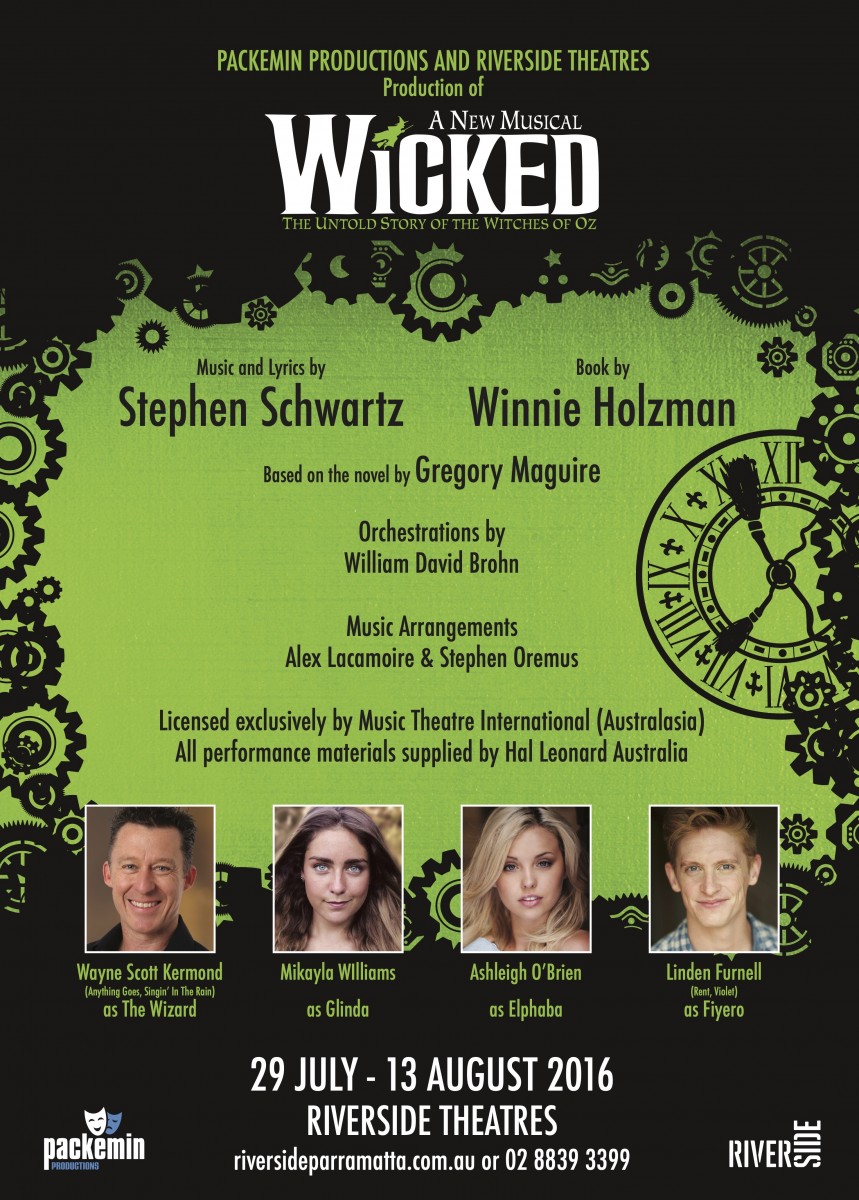 
PREPARE TO BE SPELLBOUND!

Packemin Productions and Riverside Theatres will be defying gravity in their upcoming production of Wicked in July/August 2016. Wicked tells the incredible untold story of the witches of Oz. Long before Dorothy dropped in, two other girls meet in the land of Oz and formed an unlikely but profound friendship: the blonde and very popular Glinda and a misunderstood green girl named Elphaba. Their extraordinary adventures in Oz will test their friendship to the limit and ultimately see them fulfil their destinies as Glinda The Good and the Wicked Witch of the West.

Awe-inspiring and spectacular, this gravity-defying show has been playing on Broadway since 2003 and recently completed a seven year continuous run throughout Australasia.

"The Defining Musical of the Decade." – The New York Times

"This Wicked is also more earnestly political, and that might be the best thing about it. The outrageous discrimination driving Oz's creeping new totalitarian regime is never far from the forefront; Gooding's clearer storytelling refuses to bury the story's cries for rights for the oppressed under the show's love triangle or musical numbers." - Aussie Theatre

"Throughout the show both Williams and O'Brien shared many special moments on stage vocally and dramatically...Character portrayal by both women balanced the comical with exploring the emotions of each on their journey to becoming friends." - Stage Whispers

"Amy Campbell's choreography is taut and precise , the huge ensemble swirling and moving as one" - Sydney Arts Guide

"Wicked was one of the most amazing theatre performances I have seen in a long time." - Stage Whispers