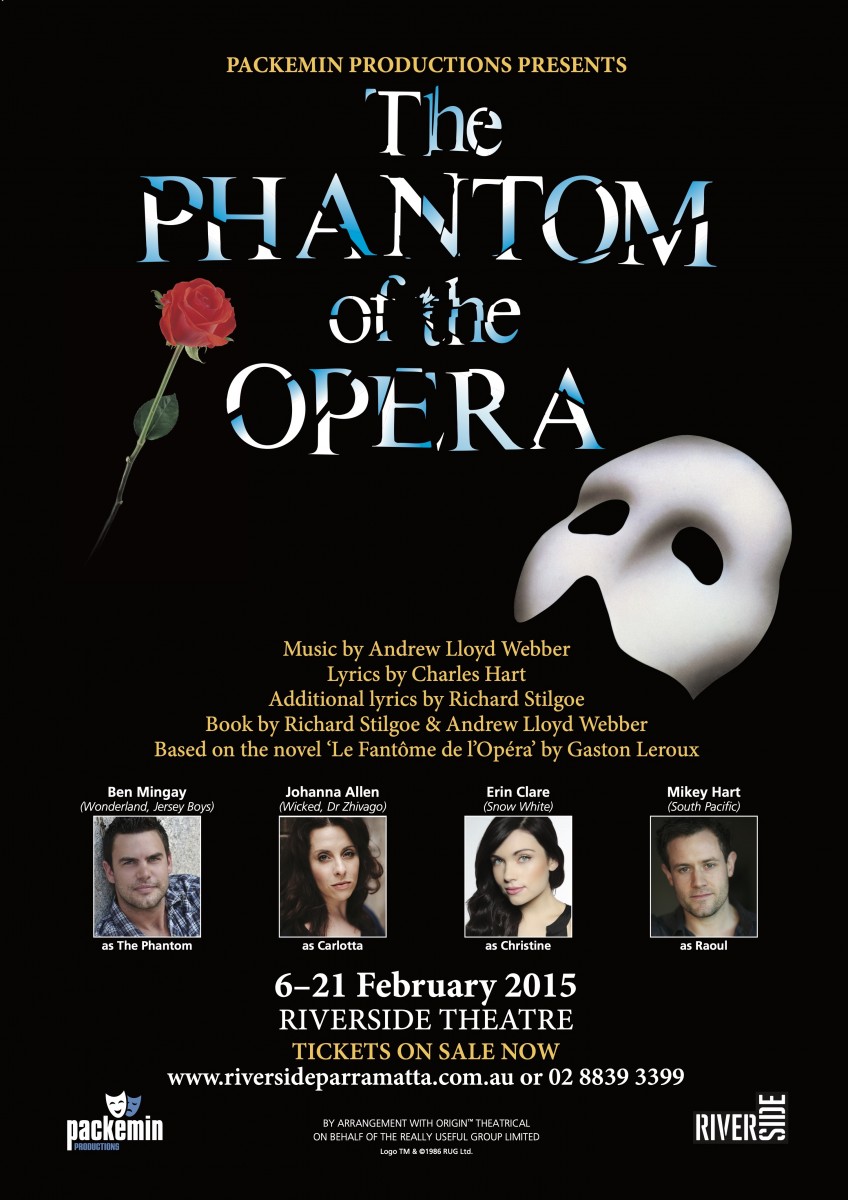 The Phantom of the Opera


Our production for February 2015 at Riverside Theatres is the world's most popular musical,
THE PHANTOM OF THE OPERA.

"Johanna Allen is glorious as the flouncing opera diva Carlotta, unleashing a torrent of crocodile tears, pouts and indignant demands. Her comic timing is impeccable and she nails the role vocally." - Jo litson

"Johanna Allen is the star of the show as diva Carlotta, who has never been so alive and so funny; Allen is a considerable gift to the production because her sense of comic timing is impeccable. She huffs and sighs and objects with trills and bursts of indignant sound, she carries herself with all Carlotta's inflated sense of importance, and it's hilarious." - Aussie Theatre

"In the title role, Ben Mingay's vocal muscularity and masculinity make for a rewarding and surprising Phantom; singing in a strong baritone throughout, there was little hint of the Michael Crawford style falsetto." - Stage Whispers

"Camilla Jakimowicz and her ballet corps and her choreography is lively and inclusive. There's something boisterous about it, even when it's refined, which helps to make the old-fashioned style of the show's internal operas much more charming." - Aussie Theatre