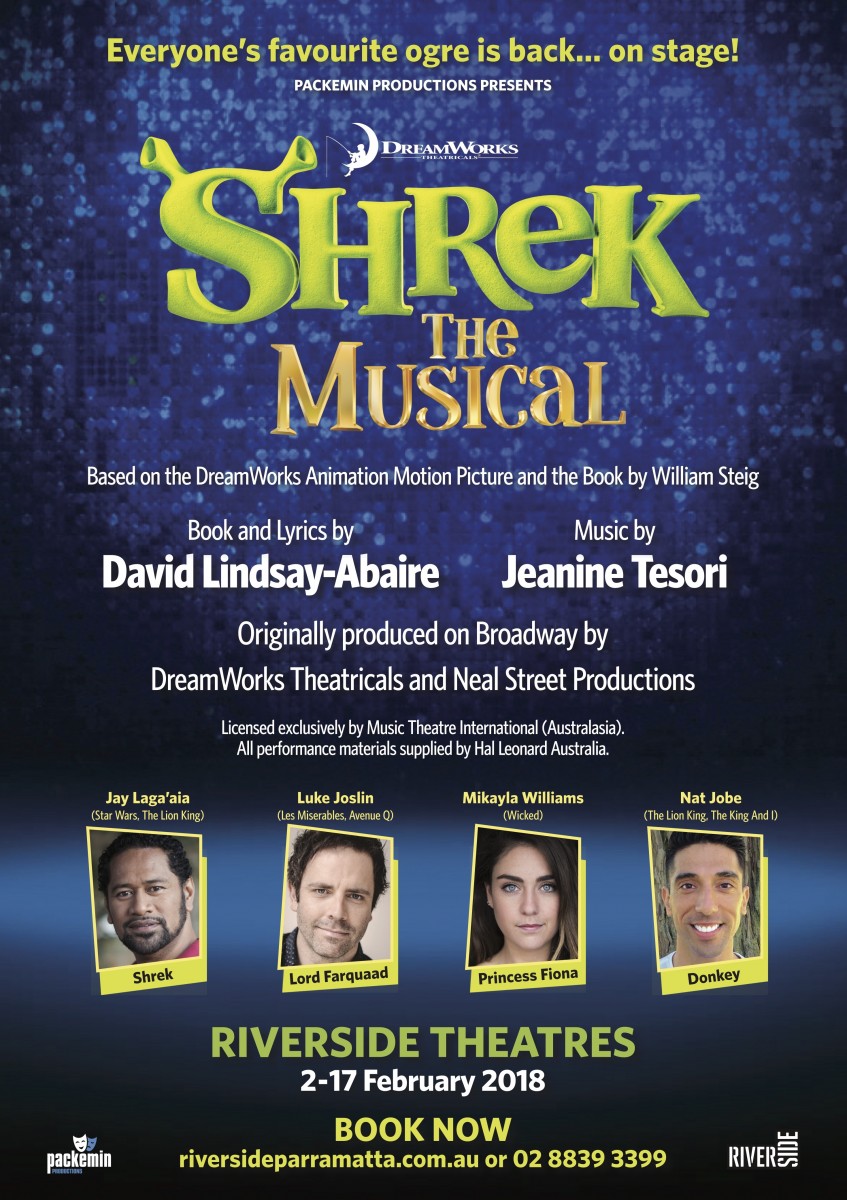 Everyone's favorite ogre is back in the hilarious stage spectacle based on the Oscar-winning, smash hit film.

Based on the Oscar-winning DreamWorks Animation film, Shrek The Musical is a Tony Award-winning fairy tale adventure, featuring all new songs from Jeanine Tesori (Thoroughly Modern Millie; Caroline, or Change) and a sidesplitting book by David Lindsay-Abaire. Shrek brings all the beloved characters you know from the film to life on stage and proves there's more to the story than meets the ears.

"Once upon a time, there was a little ogre named Shrek...." And thus begins the tale of an unlikely hero who finds himself on a life-changing journey alongside a wisecracking Donkey and a feisty princess who resists her rescue. Throw in a short-tempered bad guy, a cookie with an attitude and over a dozen other fairy tale misfits, and you've got the kind of mess that calls for a real hero. Luckily, there's one on hand... and his name is Shrek.

"The ensemble was cohesive with their choreography, had amazing volume and I was drawn to the animated facial expressions on every performer's face." - Stage Whispers

"A display of expert physical performances appropriately handling the vast expanse of the space, and a constantly shifting and changing set design to transport you from place to place -stage space to stage space - story point to story point - strikingly achieving the many magical realms that is required to construct such a large-scale fairy-tale world." - Theatre Now

"As the pantomime villan, Joslin is hilarious as Lord Farquaad with both his posh voice and restricted movement ensuring that the aspiring king is seen as really quite ineffectual and compensating for both his lack of height and character." - Broadway World