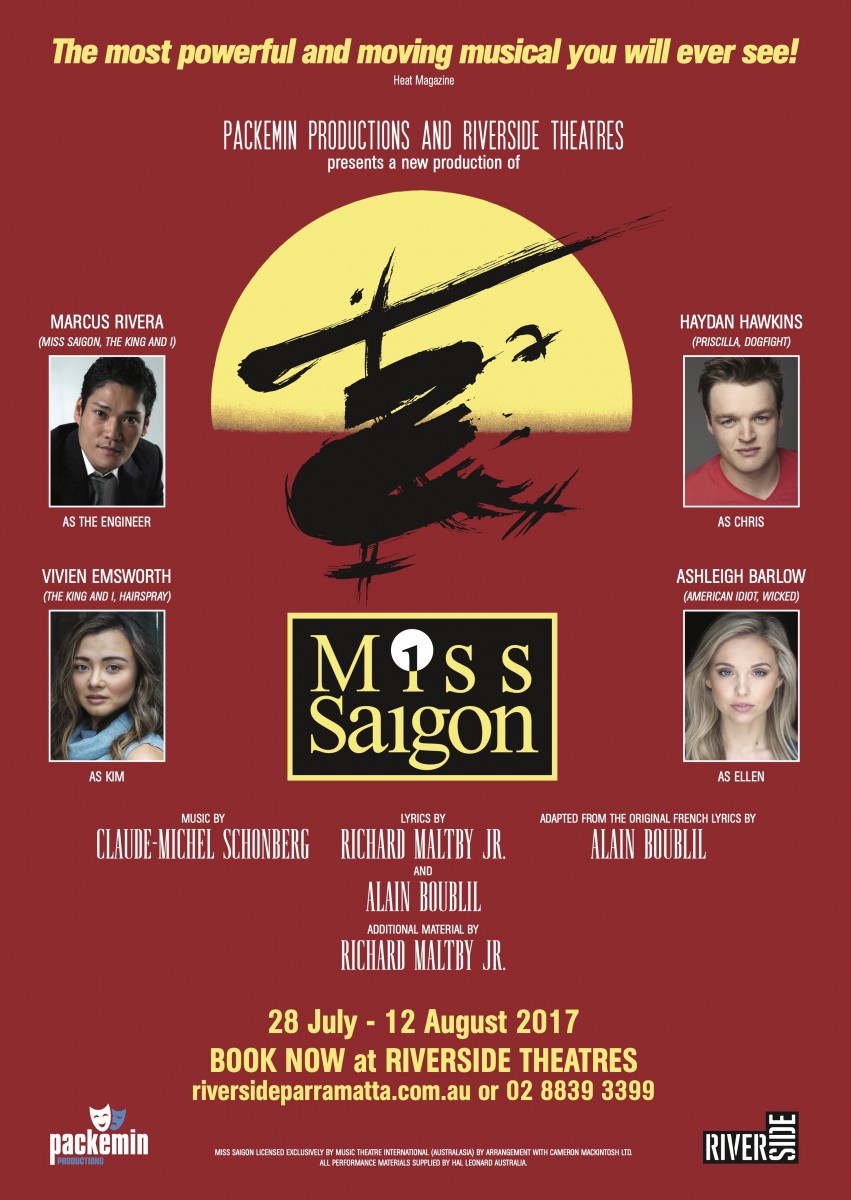 
A tragedy of passion and beauty Miss Saigon is one of the most stunning theatrical spectacles of all time. Nominated for an incredible number of Olivier, Tony and Drama Desk Awards, Miss Saigon is the second massively successful offering from the creators of Les Misérables, Claude-Michel Schönberg and Alain Boublil.

In the turmoil of the Vietnam War, Chris, an American soldier, and Kim, a Vietnamese girl, fall in love and marry but are distressingly separated when Saigon falls.

Miss Saigon is a musical of massive proportions: passionate, profound, and heart-wrenchingly honest. With a sung-through score and tour-de-force roles for actors, Miss Saigon is a theatrical experience that will stay with you for years to come.

"But the standout performer of Packemin's Miss Saigon is Rivera, returning to the role of the Engineer, which he understudied in Mackintosh's last Australian production. It's a tough act to pull off, taking on the role of a sleazy pimp who's unapologetically exploitative, ruthless and crooked, but simultaneously endearing himself to the audience with a remarkable charm. Rivera does it with ease; it's clear he's walked in the character's shoes before. His is a superb performance." - Theatre People

"David Ouch as Thuy did something I've only ever seen one other actor do with the role: he humanises Thuy and makes him sympathetic. This makes Thuy's voilence all the more horrifying and intense –which it should be." - Stage Whispers

"Co-directors Gooding and Ylaria Rodgers have ensured the story is re-told with integrity; that Kim's gut-wrenching story (and, in fact, the heart-breaking stories of the wider South Vietnamese community, afflicted by the perils of war) is given the treatment it requires." - Theatre People

"'The heat is on in Saigon' (aka Parramatta) – was a riveting , engrossing, extremely moving night of musical theatre." - Sydney Arts Guide