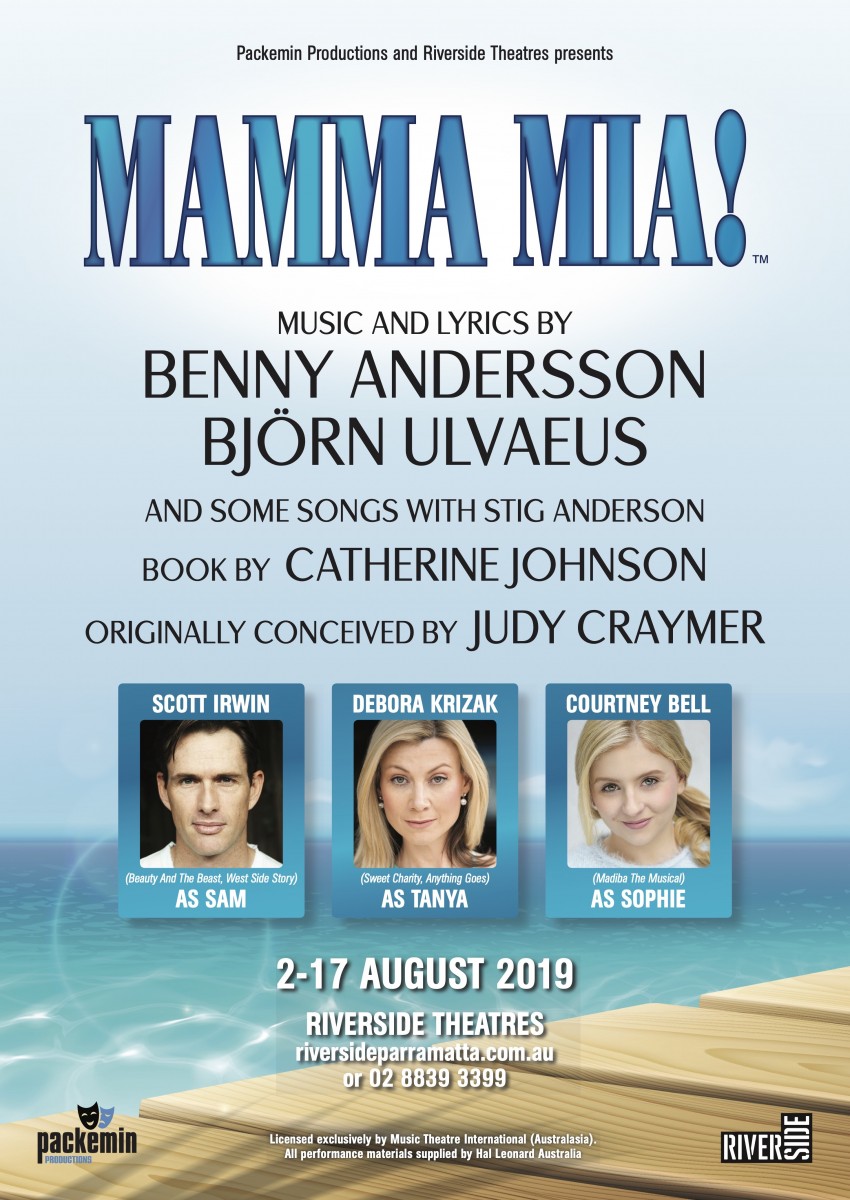 Packemin Productions, the team behind the hit productions of Jesus Christ Superstar, Wicked, Legally Blonde and The Phantom Of The Opera are transforming the Riverside Theatre stage into a Greek island paradise, to burst onto stage in a brand new production of the World's favourite feel-good musicals... MAMMA MIA! Playing at Riverside Theatres from the 2nd till the 17th of August, 2019.

Featuring hit after hit from the incredible songs of ABBA including Dancing Queen, Voulez Vous, S.O.S, Take a Chance On Me and The Winner Takes It All, MAMMA MIA tells the hilarious story of a young woman's search for her birth father. On the eve of her wedding, a daughter's quest to discover the identity of her father brings three men from her mother's past back to the island they last visited 20 years ago.

A mother. A daughter. Three possible dads. And a trip down the aisle you'll never forget! MAMMA MIA is the perfect musical for the whole family.

"audience members laughed out loud and could be seen smiling and mouthing the words to every song... the entire audience.. by the end were standing up dancing and singing with the cast during the final reprise." Christina Donoghue – Theatre Now Sydney

"Louise Symes has the grittiest role in the music as mother of the bride Donna. Her controlled vibrato in the power ballad "The Winner Takes It All" brought the house down." - David Spicer - Stage Whispers

"The ensemble throws themselves into the dance routines, which have been superbly timed and choreographed. The end of Act 1, from Dancing Queen to the close of an epic Voulez Vous, is jaw droppingly executed." - Sasha Meaney - Theatre Travels